San Diego Mortgage Rate Update for The Week of July 8, 2013 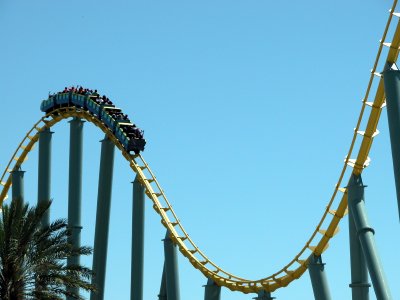 The fireworks really exploded last week and I am not talking about the Fourth of July.  These fireworks actually occurred the day after in the Mortgage Bond Market due to the jobs report.  Mortgage Bonds lost a staggering 186 points in one day.  This was the largest one day decline ever and San Diego Mortgage Rates paid the price.  Thankfully, the bond market recovered a little more than half of the losses today, helping mortgage rates to improve slightly.

Non-farm payrolls increased by 195,000 in June, well above the 166,000 expected and the data for April and May was revised higher by 70,000. While the numbers were higher than expected, they still were not great and when you look into the details over half of those jobs were part time. But the numbers were good enough to cause investors to feel that the Fed would be ending QE3 early, causing mortgage bonds to plummet and San Diego Interest Rates to increase.

The unemployment Rate remained at 7.6 percent in June, but the U6 number, which includes people who can only find part-time work or have become too discouraged to look for a job, rose to 14.3 percent.

Over the first half of 2013, payrolls have increased an average of 201,000 each month as the labor markets continue to improve. The Fed is watching this number very closely and it will be a determining factor in how long they continue their Bond purchase program known as Quantitative Easing.

The housing market is another important factor in the Feds decision and the good news continues in that sector as well. Last week, research firm CoreLogic reported that home prices, including distressed sales, rose by 12.2 percent in May 2013 compared to May 2012. This is the largest annual gain since February 2006. Even with these increases, prices are still 20.4 percent below the peak set back in April 2006. Tight inventories and historically attractive home loan rates have been the fuel behind the rise.

How did this affect San Diego Mortgage Rates?

Remember that the Fed’s Bond purchase program has helped Bonds and San Diego Mortgage Rates remain attractive. But if the housing and labor markets continue to improve, the Fed will consider tapering their purchases sooner rather than later. Just the talk of potentially tapering their purchases has led to increased volatility in the markets, causing Mortgage Bonds and Mortgage Rates to worsen recently.

What Could Affect San Diego Mortgage Rates This Week?

The calendar will be busy in the second half of the week, with several key reports.

If you are interested in getting a quote, please click HERE or feel free to give me a call at 619-312-0612. I am a San Diego Mortgage Lender and I look forward to helping you secure the best San Diego Home Loan possible.

San Diego Mortgage Rate Update for The Week of June 24, 2013

What Not To Do During Your San Diego Home Loan Process