What Goes Down, Must Come Up |Trump’s “Huge” Effect on Rates 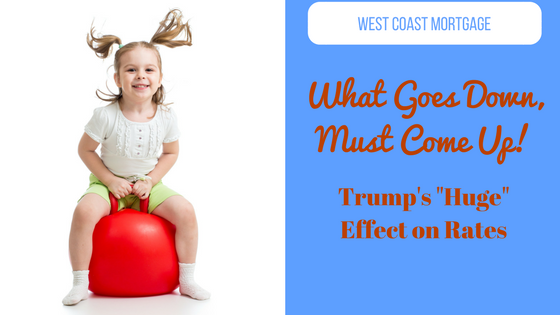 What!? Doesn’t the saying usually go, “What goes up must come down”?. Not when it comes to mortgage rates. In the case of rates, what goes down must eventually go up and that is what we started to see happen after the election of Donald Trump on November 8th.

Just as the prognosticators were wrong about the election of Donald Trump, it was widely thought that if Donald Trump did win, the stock market would crash and the bond market would benefit, therefore causing rates to drop. The exact opposite occurred! The stock market took off like a rocket and the bond market crashed and burned. In the graph below, you can see that in the 2 weeks since the election mortgage bonds have lost 249 basis points, pushing rates up a half of percent! 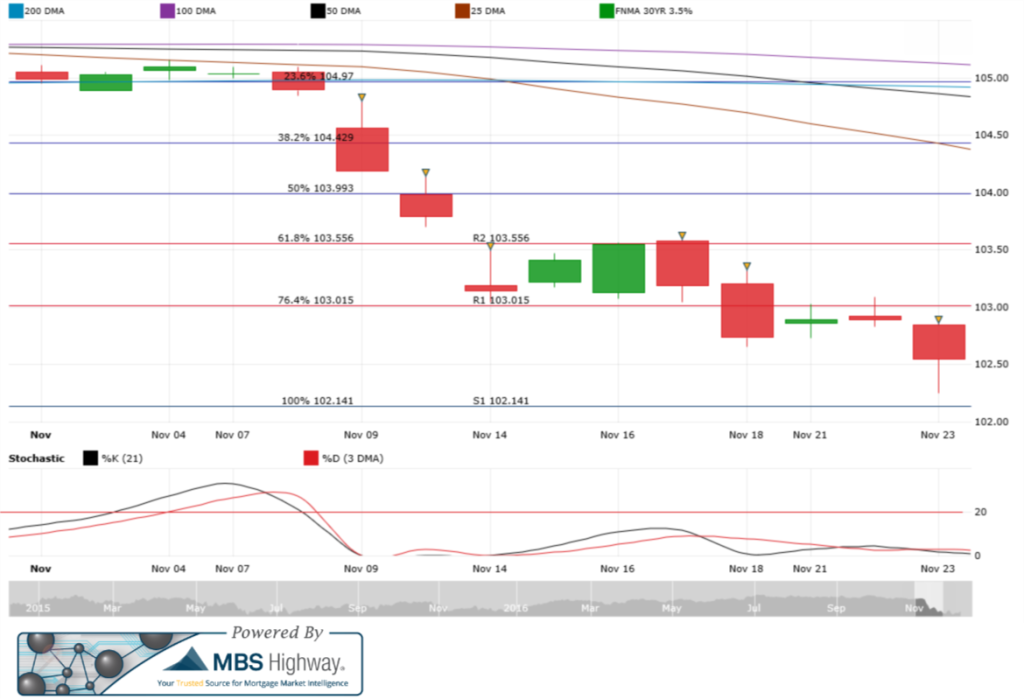 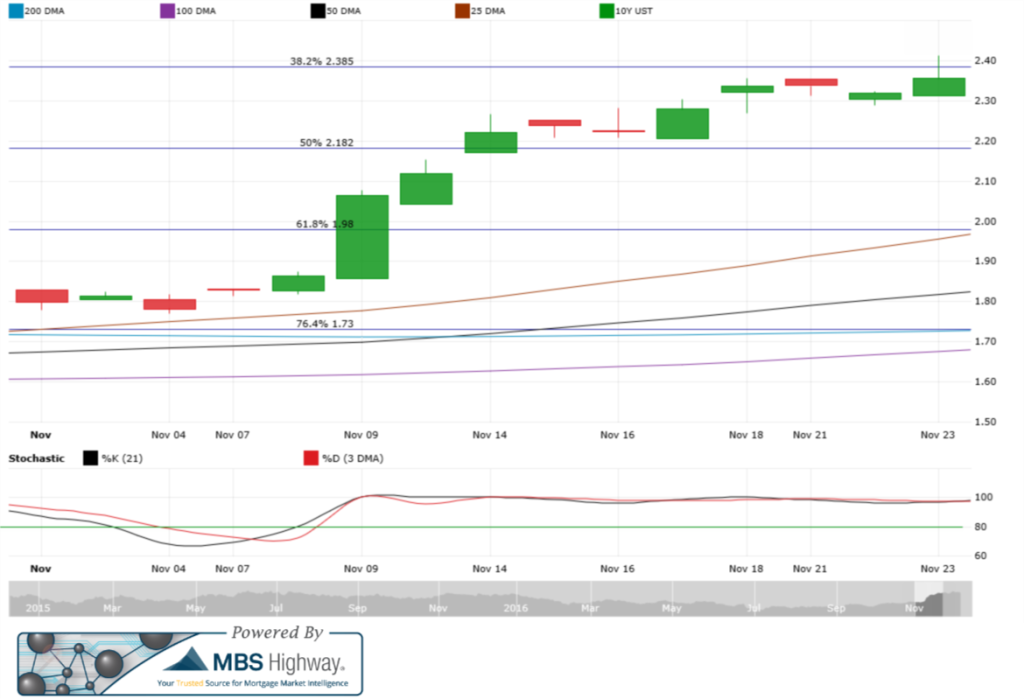 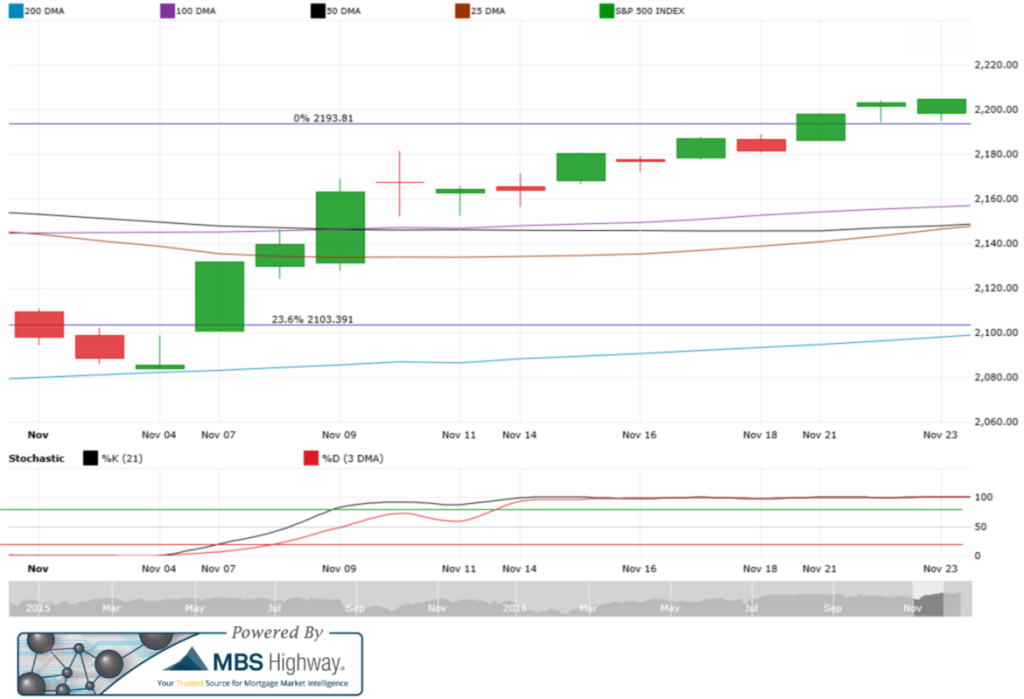 How will This Affect the Housing Market?

About a week ago, I was contacted by Bloomberg for an article that they were writing about the increase in rates and the impact it is having on buyers and the housing market in general. I was featured in that article as the mortgage professional and if you would like to read it you can go to “Spike in Mortgage Rates Throws a Wrench Into U.S. Housing Market“.

The increase in rates will affect potential home buyers. Especially those who were already on the qualifying fence with the high purchase prices in San Diego. Some first time buyers or lower income buyers were already stretching to make the required debt to income ratio. An increase in rates of .5% – 1% can cause them to no longer qualify for the same priced home or cause them to decide to stay on the sideline for the time being. A 1% increase in rates can have a $56,000 negative impact on the purchase price if you have a fixed payment amount you can qualify at.

In the long run, a continuation in increasing rates could cause home prices to decline if there are not enough buyers in the market who can qualify. Sellers will have to decrease their prices to get potential home buyers interested.

All that being said, rates are still at historically low levels. Take a look at the graph below to see where we were 10 years ago. Rates in the low 4% range are still very attractive and should not be taken for granted. Don’t get stuck in the mindset that because you can get rates at the lowest possible level that it does not make sense to buy anymore. The benefits of home buying still far outweigh the benefits of renting.

How will This Affect the Refinance Market?

The increase in rates will cause refinances to slow down. Those homeowners who were hoping to get a 3.5% rate on a 30 year fixed who have a 4% rate currently, will be out of luck. There are plenty of homeowners out there who still have rates in the high 4% range or even 5%. Those people should still look at refinancing in the low 4% range, especially if it can be done with no closing costs. On a $350,000 loan amount a drop of 1% in rate would save $208 per month.

Homeowners who are looking to remodel or pay off high interest credit cards should still take advantage of the current low rates. Especially with the increase of equity we have seen in the San Diego market over the last several years. It is making it much easier to access $50,000 – $100,000 through a refinance. 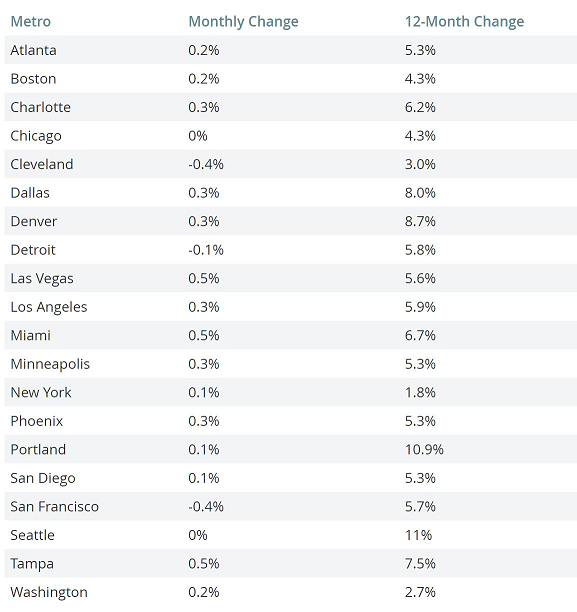 Those with equity lines of credit should also consider a cash out refinance to combine your line of credit with your current first mortgage and get the rate fixed. The rates for equity lines will be increasing when the Fed meets in December and most likely throughout 2017. We could see rates increase 1%-1.5%. In addition, most equity lines have a 10 year interest only period and a 20 year payback period. That means that not only will the payment increase due to rising rates, but you will also go from an interest only payment to a fully amortized payment that has to be paid back over 20 years.

New payment after rates increase 1.5% and full repayment is entered:

As you can see, the payment more than doubles! It would make sense to get the rate fixed in the 4% range and know exactly what your payments will be for the next 30 years.

The increase in rates after the election of Donald Trump will have an impact on some homebuyers, but rates are currently still very attractive. If you have plans on buying or trying to refinance, I would suggest that you act before rates increase even more, which could happen throughout this year.

What do I Need to Provide to Have a Smooth Loan Approval?